The Severity of Alcohol Withdrawal

Alcohol is one of the most commonly abused substances within the United States.  Millions of American’s struggle with alcohol use disorders and only a small percentage ever gets help for their addiction.  It is not easy to convince an alcoholic to get help, and in most situations professional intervention is required.  Prior to talking about treatment, there are countless reasons why someone would choose to abuse alcohol.  Alcohol creates a devastating addiction, and long-term alcoholics cannot stop drinking without professional help.  Alcohol withdrawal can become so severe that it can be life-threatening for the person to attempt to stop drinking.  If this is the situation the only way to help someone is with hospital inpatient treatment or medical detox.  The longer you continue to drink the more severe the withdrawal symptoms become.  Typically, within 10 to 12 hours after you have stopped drinking the initial withdrawal symptoms happen.  The more severe withdrawal pain occurs within 24 to 48 hours, which means within the first day you will want medical attention. 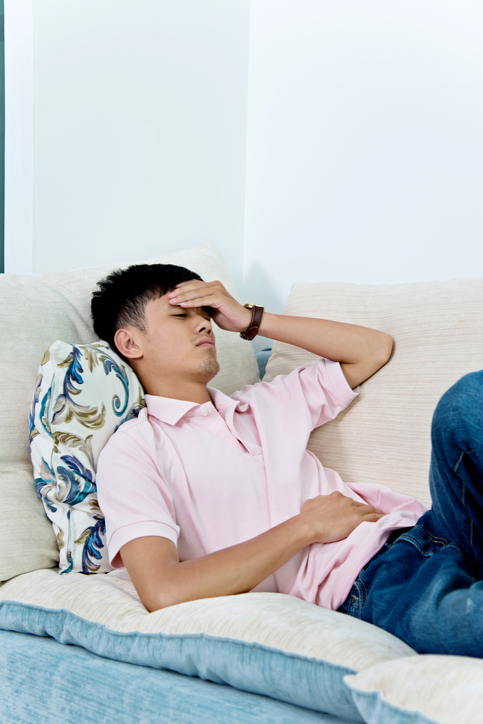 When you continue to drink it becomes more difficult to produce the neurotransmitters required, which alcohol has eventually replaced.   Your body then develops a dependency for alcohol and there is no ceiling effect, which means you will have created a tolerance for alcohol.  Primarily alcohol is suppressing these neurotransmitters, and when you suddenly stop drinking you are no longer suppressing the neurotransmitters.  What ends up happening is your body is still overproducing these chemicals and you become anxious, restless, and shaky.  Your body is telling you that it requires alcohol to function, and your symptoms will become worse.

What are common withdrawal symptoms?

There are multiple alcohol withdrawal symptoms depending on your previous use of alcohol.  The symptoms can range from being mild and uncomfortable to severe and even life-threatening.  The initial withdrawal symptoms can begin quickly after your last drink, but the severe symptoms are not happening until about 24 to 48 hours after the last drink.  There is a moment during the withdrawal where the symptoms spike, and have even persisted for weeks or months for some people.  Some of the common symptoms include feeling anxious or nervous, which will last throughout the withdrawal.  The person will feel irritable, depressed, and tired, but unable to sleep properly.  Symptoms also include mood swings, nightmares, sweating, nausea, tremors, and an increased heart rate.  Most of these symptoms can be properly managed with medical help, but you must be admitted into a detox program for assistance.

What are severe alcohol withdrawal symptoms?

The severity of the withdrawal depends on how long and how much the person has been drinking.  One of the most severe alcohol withdrawal symptoms is delirium tremens.  It is estimated that around three to five percent of people who withdrawal from heavy drinking experience delirium tremens.  This condition is fatal and requires emergency treatment if the symptoms become worse.  The person going through this will have high fever, extreme agitation, seizures, extreme confusion, severe hallucinations, and high blood pressure.  Medically supervised detox and hospital inpatient programs are equipped to help patients experiencing DT’s.

Diagnosing alcohol withdrawal is typically done with a physical exam and a toxicology screening, yet any severe alcoholic will experience withdrawal when they stop drinking.  If you are attempting to stop drinking and are a heavy drinker, it is essential you seek out medical help.  The initial symptoms will include tremors in your hand, fast heartbeat, high blood pressure, dilated pupils, fever, and fast breathing.  With every passing hour, the symptoms will become worse.  Medical detox or hospital inpatient services are the only effective way to safely manage withdrawal symptoms.