The Necessity of Alcohol Intervention 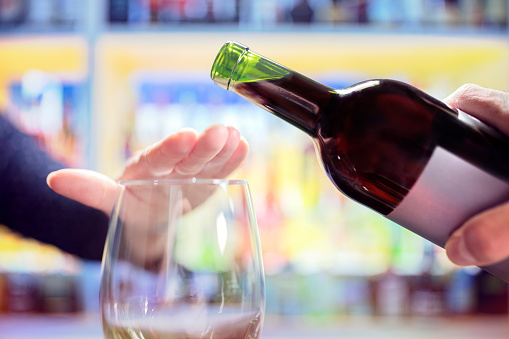 Spread the love
An alcohol intervention is inevitable and often unavoidable because the average alcoholic does not recognize there is a problem. Any professional alcohol intervention increases the success of convincing an alcoholic or heavy drinker to get the help they need. Alcohol is accessible, socially accepted, well-advertised, marketed, and 25% of adults over the age of 18 in the US had one heavy drinking day in the past year, per the CDC. The progression of an alcohol addiction happens gradually, and slowly, the behavior starts to change, the body develops a tolerance and need, and symptoms of alcohol abuse begin to emerge leading to alcoholism.

Alcohol intervention services are necessary because of functioning alcoholics and the availability and easy access to alcohol. Professional intervention works and is successful, but the necessity of alcohol intervention is tremendous simply because of how resistant binge drinkers, alcoholics, and heavy drinkers are to receiving help. The scope of alcohol abuse, binge drinking, and heavy drinking are extensive throughout the nation. Some of the following information demonstrates how alcohol abuse has impacted the country and its citizens.

How severe is the alcohol abuse problem in the United States?

According to the Centers for Disease Control and Prevention, heavy alcohol use causes on average 88,000 deaths every year. Approximately one in ten of these deaths are among working-age adults. Binge drinking is responsible for over half the deaths and nine in ten adults who binge drink are not considered alcoholics or do not have an alcohol addiction. Despite friends and family knowing there is a problem with alcohol, it is easy for a binge drinker or heavy drinker to brush aside needing help.

According to the National Survey on Drug Use and Health for 2018, an estimated 139.8 million adults aged 12 and older in the United States are current alcohol users. Approximately 67.1 million adults were binge drinkers in the past month and over 16 million were heavy drinkers. Over 55% of young adults aged 18 to 25 were current alcohol users, along with over 50% of adults aged 26 or older. In 2018 roughly one in four people aged 12 or older were current binge alcohol users and 6.1% of the population aged 12 or older were past month heavy drinkers.

The abuse of alcohol has continued to be an issue across the country, and most problems with alcohol start at an early age. Approximately 9% of adolescents aged 12 to 17 were current alcohol users in 2018. Early intervention is criticalin preventing alcoholism, binge drinking, or heavy drinking. Professional alcohol intervention for adolescents works and is not a waste of time or money, nor is it too early to intervene.

Why is alcohol intervention needed?

An alcohol intervention is needed for a variety of reasons. The social acceptance of alcohol makes it easy to justify binge drinking, heavy drinking, or joking about being addicted to alcohol. Social media glorifies the use of alcohol through memes, jokes, advertising, and a method of coping with everyday life. In a study done by Alcoholism, Clinical and Experimental Research the engagement of social media and its influence on drinking patterns was explored. Within this particular study, it was found that increased alcohol-related social media engagement was connected to higher rates of self-reported alcohol consumptions and problems related to alcohol.

However, the reality of excessive alcohol use, despite awareness campaigns and alcohol prevention depicting a particular picture, it is significantly felt on an individual and family basis. There is nothing that can accurately describe the feeling of losing someone to alcohol. The unnecessary loss of life binge drinking, drinking and driving, and alcoholism creates every day is preventable. Professional alcohol intervention saves lives. Understanding the dangers of alcohol use and sharing this knowledge prevents younger generations from falling victim to it. It is never too late to intervene and organize professional alcohol intervention services for a loved one.