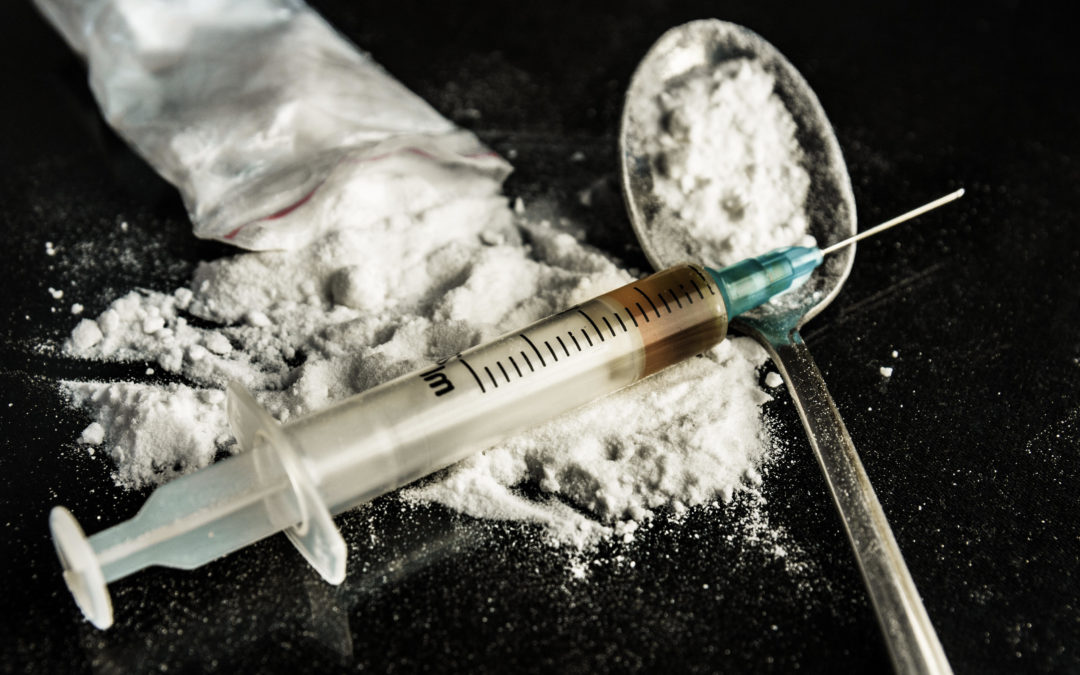 Heroin addiction is still a major problem in today’s society. Heroin is illegal, and it is highly addictive and processed from morphine, which is extracted from poppy plants.  Pure heroin is a white powder with a bitter taste and mostly originates from South America, and parts of Southeast Asia and dominates many different parts of the country.  Black tar heroin looks like roofing tar or a lump of hard coal, and is produced in Mexico and sold across the United States.  Heroin has been the drug that always lingered and never indeed left.

During the opioid epidemic, heroin contributed to countless overdose deaths in the country.  Between 1999 and 2017, the death rate from drug overdoses more than tripled during that time.  Heroin was killing people long-before the global population began abusing pain medication.  The opioid epidemic overshadowed heroin because of the rapid increase in overdose deaths.  In 2015 the life expectancy in the United States entered a period of sustained decline due to the rise in opioid-related deaths.

How did heroin contribute to the opioid epidemic?

Per the U.S. Department of Health and Human Services, more than 130 people died every day from opioid-related overdoses.  In 2018 10.3 million people misused prescription opioids, and over two million people had an opioid use disorder.  Also, during 2018, 808,000 people used heroin, and 81,000 people used heroin for the first time.  Additionally, 15,349 people overdosed and died due to heroin in 12 months ending February 2019.

Despite countless pain medication drug users overcoming their addiction, many relapsed with heroin.  Heroin was always easily accessible, and Mexican drug cartels began to flood the market when the opioid epidemic began to slow down.  Many states cracked down on pain medication prescribing, and essentially the demand for illegal painkillers dried up in some states.  Unfortunately, this forced numerous opioid addicts to turn to heroin.

Per the Centers for Disease Control between 1999 and 2018, more than 115,000 Americans died from overdoses related to heroin.  In 2018 over 15,000 people died due to heroin, which is a rate of almost five deaths for every 100,000 Americans.  However, in 2018 there was a slight decline in heroin-related overdose deaths, decreasing 4% from 2017 to 2018.  Many of the reductions in overdose deaths occurred among men and women aged 15 to 34 years old.  The decrease in the number of deaths occurred in the Midwest part of the country and increased in the Western part of the nation.  The most significant relative decline happened in the state of Kentucky, and the most substantial corresponding increase was in Tennessee.

The Need for Family Intervention with Heroin Addiction

The number of people who die from heroin demonstrates the immediate need for family intervention.  Every time a heroin user takes the drug, they are at risk of overdose, whether fatal or not.  A professional intervention process is carefully planned because of how heroin affects a person.  Like all other opioids, heroin binds and activates specific receptors in the brain.  Within the reward center of the brain, it stimulates the release of dopamine, reinforcing drug-seeking behavior.  The intensity of heroin is felt immediately because of intravenous use or smoking and inhaling the drug.

The Difficulty of Heroin Intervention

Once heroin enters the brain, it is converted to morphine producing a surge in pleasurable feelings.  However, after the initial effects, the drug user could be drowsy for several hours.  Additionally, his or her mental function is clouded, their heart function slows, and breathing also slows.  The withdrawal effects from heroin use are sometimes felt within a few hours after using.  Major withdrawal symptoms peak between 24 and 48 hours after the last dose.

Timing is everything, and intervention with a heroin addict cannot be done at any time, which is why families have little success without the help of a professional interventionist.  The intervention is timed and planned when they are the most alert and receptive, which is a small window.  The timing must also coincide before they begin to feel the worse part of the withdrawal symptoms.

Certified intervention specialists assist families in having the detox available immediately to avoid the peak of the withdrawals.  The powerful addictive nature of heroin has the potential to sideline an intervention quickly.  When your family hires a professional interventionist, you are taking control and ensuring your loved one has every opportunity to get the help he or she needs.